A vote for austerity is a vote for death

Warning – this post is quite upsetting, if you are depressed, or likely to become so, have something handy to cheer you up at the end.  Any other human being – have some tissues handy…

This came into the Artists Assembly Against Austerity inbox from Vince Laws, he is standing as a candidate in the election in Norwich for the DANDY party – which stands not as you might think for ‘better dressing’ but for Disabled and Not Dead Yet.

Vince wrote to an organisation called Black Triangle to try and find out more about UK Welfare Related Deaths:

I’m a poet, artist, and campaigner in Norfolk.  I want to list the people who have died within 6 weeks of their benefit ending. I think it was at 10,200 or something when the government stopped counting. And any subsequent deaths that are due to DWP/benefit cuts. Does such a list exist?

I’m afraid that was based on a number from a DWP statistics release, and there is no list of names available. However, Black Triangle have an ongoing list of cases that have come from media reports of welfare-linked deaths. Last time I looked, they were just short of 100 names.

Dangerously ill from polycytheamia Terry asked for an ambulance to be called during his Work Capability Assessment.  He knew that he wasn’t well enough to attend his WCA but feared his benefits would be stopped if he did not. He died the following day.

Suffering from COPD and fearful of losing her benefits. In desperation, Elaine chose to commit suicide.

Found fit for work by Atos, against his Doctors advice and assertions that he had complex mental health problems. Starved to death after benefits stopped, weighing 5st 8lb when he died.  http://www.theguardian.com/society/2014/feb/28/man-starved-to-death-after-benefits-cut

the Leith based Poet and Author. Suffered from severe depression. Committed suicide after DWP stopped his benefits due to an Atos ‘fit for work’ decision.

Suffered depression for many years which took a turn for the worst when she was called in for a WCA. Leanne committed suicide soon after.

Multiple health issues. Found fit for work by Atos and denied benefits. Fought a long battle to get placed into the support group of ESA. Karen died the following month of a heart attack.

Fears of losing his lifeline benefits due to welfare reform led this Father of two to take his own life.

Blind and suffering from Agoraphobia. Tim hanged himself after Atos found him fit for work and stopped his benefits.

suffering from HIV and Hepatitis C. Edward had a history of severe depression and self-harm. He took a fatal overdose after Atos found him fit for work and stopped his benefits.

A double heart and lung transplant patient. Died nine days after government found her fit for work, their refusal letter arriving as she lay  desperately ill in her hospital bed.

His benefits stopped by the DWP and with rising debts, he saw suicide as the only way out of a desperate situation.

Died just weeks after the government found her fit for work.

saddled with debt because of the bedroom tax, John took his own life.

Suffered a fatal heart attack the day after his disability benefits were stopped.

Died of a heart attack one month after being found fit for work, even though he was waiting for major heart surgery.

A former Nurse who could hardly walk was found fit for work by Atos and her benefits withdrawn. in desperation, she took her own life.

Suffering from severe mental difficulties. Threw himself from a bridge after being found fit for work by Atos and failing his appeal.

Died of a heart attack the night before taking his work capability assessment. His widow claimed that it was the stress that killed him.

Shot himself after being told his benefits were being stopped. He was unable to work after a brain haemorrhage left him paralysed down one side.

Forced to live on £57.50 a week and make 12 mile trips each week to get free vegetables to make soup. Mark and Helen both committed suicide.

Unable to find a job and with his housing benefit cut forcing him to move, but with nowhere to go. Richard committed suicide.

A schizophrenic man who killed himself two months after the government found him fit to work.

A vulnerable gentleman and a partial amputee who slipped so far into poverty that he hanged himself.

suffering from epilepsy was stripped of his benefits. He appealed. Five weeks after his death his family found he had won his appeal.

Worried about her work capability assessment, she was subsequently found at Holderness drain, drowned and with ten self inflicted wrist wounds.

Found fit for work while undergoing treatment for breast cancer. She died just a few weeks after she won her appeal against the Atos decision.

Found dead in his home just months after being told he had to undergo a medical assessment to prove he could not work.

Called to JCP to see if he was suitable for volunteer work. Peter had suffered a stroke, a brain haemorrhage and had a fused leg. His appointment letter arrived a few days after he took his own life.

Suffered with mental health problems and worried about government cuts. Paul committed suicide by hanging himself.

After paying £80 a month for bedroom tax, Stephanie could not afford heating in the winter, and lived on tinned custard. In desperation, she chose to walk in front of a lorry.

suffered from a degenerative lung condition, his weight dropping from 10 to 7 stone.

After suffering a heart attack, he was ordered to find a job in February. In April Paul died from ischaemic heart disease.

After finding out that the funding for his care home was being withdrawn, this man who suffered with mental health issues, took his own life.

Suffering from a degenerative back condition, depression and increasingly worried about losing her incapacity benefit. Sandra committed suicide by taking an overdose.

Took his own life after his housing benefit and council tax were taken away from him.

A Cancer sufferer found fit for work by Atos in 2012. David lost his sight, then his hearing, then his mobility, and then his life.

Severely depressed and a recovering alcoholic. Michael committed suicide after being called in for a Work Capability Assessment by Atos.

suffering from severe depression. Victor hanged himself  after the DWP stopped his benefits.

Charles committed suicide by hanging due to fears that the Bedroom Tax would leave him destitute and unable to cope.

Suffered multiple health issues and deteriorating eyesight. Ian was found fit for work by Atos, he died ten months later having lost so much weight that his family said he resembled a concentration camp victim.

Suffered from the life threatening illness, Hughes Syndrome. Found fit for work by Atos and benefits stopped, Iain took his own life.

Severely depressed due to government cuts and the fear of losing his job, Wayne committed suicide by hanging.

Kevin a sufferer of schizophrenia and mental illness became so depressed after his JSA was stopped that he became a virtual recluse. Kevin was found dead in his flat several months later.

A disabled man who could no longer cope after his parents died, could find no help from the government via benefits. David took an overdose as a way out of his solitude.

A disabled man crushed by the pressures of government cuts, in particular the Bedroom Tax, and unable to survive by himself. Denis was found dead in his flat.

Unable to cope any more, Shaun shot himself dead after receiving a letter from the DWP informing him that his ESA was being stopped.

Died in a freezing cold flat after his ESA was stopped. Paul appealed the decision and won on the day that he lost his battle to live.

Deeply depressed and incapable of work, Chris was summonsed by Atos for a Work Capability Assessment and deemed fit for work. On appeal, a judge overturned the Atos decision and ordered them to leave him alone for at least a year, which they did not do.  In desperation, Chris took his own life, unable to cope anymore.

a Dutch national with terminal cancer living in the UK for many years found that he was not entitled to benefits unless he was active in the labour market. Peter died leaving his wife destitute, and unable to pay for his funeral.

Took his own life after the government closed the Remploy factory he had worked in for 40 years.

Wheelchair bound and suffering from kidney failure, Julian faced the harsh restrictions of the Bedroom Tax and the loss of his essential dialysis room. He died shortly after being ordered to downgrade.

Suffering from mental illness, this lady committed suicide less than a month after an Atos assessor gave her zero points and declared her fit for work.

Suffering from a brain tumour, a heart defect and awaiting a transplant, Robert was deemed fit for work by Atos and his benefits were withdrawn. He died penniless less than two years later.   http://www.liverpoolecho.co.uk/news/liverpool-news/dying-merseyside-man-told-benefits-6924979

As a direct consequence of the wholly unjustifiable actions of the Job centre and DWP, this man took his own life.

Disillusioned with the lack of jobs available in this country but too proud to claim benefits. Utterly demoralised, Martin took his own life by hanging himself.

A mum-of-one suffering from severe mental illness, found dead after her disability benefits were ceased.

His benefits slashed after Atos and the DWP declared Ian, a sufferer of Barratt’s Oesophagus, fit for work, caused him to run up massive debts in order to survive. Ian was found dead in his flat after taking an overdose.

Terminally ill with pulmonary fibrosis and declared ‘Fit for Work’ by Atos and the DWP, this lady died 5 months after her benefits were stopped.

A man driven to suicide by the DWP’s incessant pressure and threat of sanctions for not being able to find a job.

A sufferer of the debilitating disease, Addison’s. Died of a heart attack due to the stress of an Atos ‘Fit for Work’ decision.

A diabetic ex-soldier deprived of the means to survive by the DWP and the governments harsh welfare reforms, David died all but penniless, starving and alone, his electricity run out.

Declared ‘Fit for Work’ by Atos as he lay dying of Cancer in his hospital bed.

died of heart failure after an 18-month battle with the ­Department for Works and Pensions.

A Father of One, worried about finances after his benefits were cut. Committed suicide by taking 13 times the fatal dose of prescription medicine on His Birthday.

A lady suffering from Fibromyalgia, driven to the point of mental and physical breakdown by this governments welfare reforms. Jan was found dead in her home after battling the DWP for ESA and DLA.

A shy and reserved, severe epileptic who suffered regular and terrifying fits almost his entire life, hounded to suicide by the DWP who threatened to stop his life-line benefits.

Death of a severely disabled Dorset resident, unnamed, who took her own life while battling the bedroom tax.

The black triangle was a badge used in Nazi concentration camps to mark prisoners as “asocial”  or “arbeitsscheu” (work-shy). It was later adopted as a lesbian or feminist symbol of pride and solidarity, on the assumption that the Nazis included lesbians in the “asocial” category. More recently it has been adopted by UK disabled people’s organisations responding to increasing press allegations that disabled benefit recipients are workshy.

It doesn’t have to be like this there are better alternatives like the UK Disabled People’s Manifesto http://www.inclusionlondon.co.uk/UK%20Disabled%20peoples%20Reclaiming%20Our%20Futures%20Manifesto

Made for Dandifest! Norwich launch 27/5/15 with Arts Council England funding from the National Lottery, and donations. 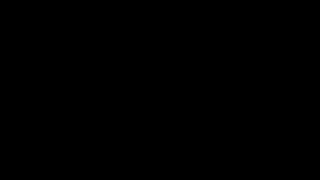